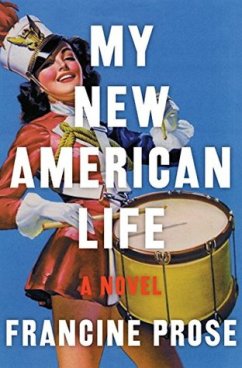 I’m getting down to the last of the books I liberated from Borders when it was going out of business. RIP. I still miss that store. We have a BAM that opened right in that exact spot, not even a month after Borders was gone, and it’s doing just fine. It’s just not the same. But anyway.

I had zero expectations for this book. It was something I grabbed on impulse, and it’s been on my bookshelf for what, five, six years? But I really, really liked it. Lula is a sympathetic protagonist – an Albanian woman working for an American single dad and his teenage son. She tells these little white lies, but it almost becomes a compulsive thing for her. The lies seem innocent enough – things she says because she thinks it will charm her American boss and attorney.

A group of Albanian men finds her and asks her to hide a gun for them. These men are using her and yet she is attracted to their leader, Alvo. This relationship was intriguing to me – there was a wrongness to it that made me interested and hopeful that they would hook up. He seemed dangerous, especially when he was with his group of men, but alone with Lula, he treated her somewhat gently.

This is one of those novels that doesn’t wrap everything up nicely for you at the end. So you’re left wondering if Lula will be ok, if the American family she lived with is going to be ok, etc. You witness the key moments in their lives and then you’re freed from them, perhaps unwillingly.

Prose is a gifted writer (what a last name!), and I would enjoy reading more from her. I’m glad this one finally found its way off my bookshelf and into my hands.