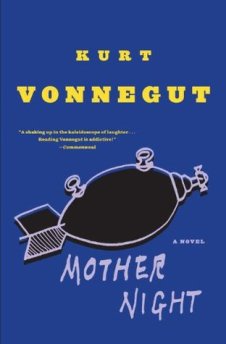 This is the third book Vonnegut wrote. He is not yet to the height of his powers but still weaves a good tale. I’m going to be honest – I wasn’t a huge fan of this one. No particular reason. I just couldn’t get into it. The story is about Howard W. Campbell, an older gentleman living out his days alone, trying to obscure his past as a German war propaganda monger.

When he’s found by someone he assumes is his long-gone, presumed-dead wife Helga, it seems like he might actually live out his days with the woman he loved, for whom he wrote a lengthy erotica novel detailing their time together, among other works. But it ends up that his past has come back to haunt him. And is he truly the despicable Nazi war criminal everyone thinks he is?

There is, of course, more to the story than that. There’s a few “so it goes” and “hi-ho” that are famous Vonnegut-isms sprinkled in here, but none of the huge bombs of wisdom that just hit you like so, that make you want to grab a highlighter or a pen and underline the heck out of it. Don’t worry. He delivers plenty of those in his career.

Next up in my Kurt Vonnegut Challenge: Cat’s Cradle, which was the first book of his I read, and is my favorite.