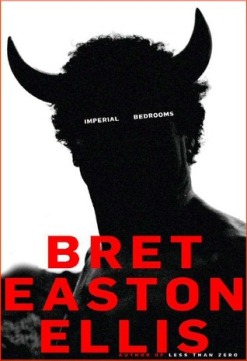 Somewhere around 1998 I read Ellis’ Less than Zero after my creative writing professor raved about it. Obviously that was nearly 20 years ago and I have not the slightest recollection of what the novel was like, but I just read a brief summary and it sounds like Imperial Bedrooms is just a continuation of this novel, but now all the characters are adults and even more messed up.

The book is written in snapshots. Quick paragraphs that describe a scene. Then it moves on to the next scene. It’s set in LA, the people are despicable, everyone wants something and is willing to do horrible things to get what they want. It’s a stark contrast from the last book I read, The Starter Wife, which was more light-hearted even though it showed the same industry (film) and some of the people who worked there.

I don’t even know what happened in this book. It’s just sad and messed up. The main character, Clay, is a psychopath, and pretty much so is everyone else in the story. Steer clear.

Side note: this book was also picked up during my 2010 Borders raid.