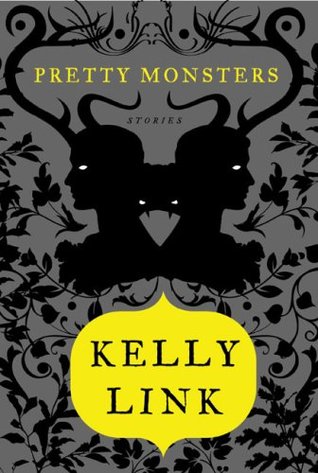 This series of short stories isn’t like, true horror, but each of them has a creep factor that’s hard to define. I think the thing that makes most of these stories creepy is that they roll along like any other, non-horror story until you get to the scary part. Then you’re like, damn, I was totally fooled by this regular plot and character development and BOOM. Vampire. Or whatever.

And by “whatever” I mean a goddess and her daughter who collect ghosts, a creepy, underground TV show that might be real, a tower full of wizards (maybe), an exhumed ex-girlfriend, and more.

This is classified as teen fiction but honestly, I only found that out after the fact because of what it said on Goodreads. Otherwise I would have just assumed it was for us grown folks.

I really enjoyed the surprise factor in each of these stories, and I couldn’t isolate a bad one in the bunch. If I had to pick a favorite, “The Surfer” would be a strong contender. It’s one of the longer stories, and centers around a plane full of people who are quarantined in Costa Rica after a pandemic virus hits. Dorn is a teen soccer star who thinks fairly highly of himself, and doesn’t understand his dad’s obsession with aliens. Next might be “Magic for Beginners” which is the one I referenced above about the TV show. It’s just so detailed in its description of the show that it gives real credence to the show being real… and real creepy.

I would definitely check out more of Kelly Link’s work, especially if it is of this ilk*.

*I just really wanted to use the word “ilk.”